Rebuilding a tarnished image of a company or product

A tarnished image of the company is not a drama. If something breaks down, you need to fix it. You will do it effectively with the help of Commplace specialists.

A good image of the company guarantees regular customers

Accidents happen to everyone. It is quite normal that our actions can sometimes lead to unpleasant situations. It is no different in the case of companies that have PR mishaps. While in the case of us making a blunder, repairing the damage is not complicated - sometimes it is enough to just apologize, in the case of large brands, the matter becomes a bit more complicated. One of the most common reasons why customers leave a given company is PR mishaps. Losing customers is not a comfortable situation. So the question is: What to do to effectively rebuild it and retain customers in the event of a tarnished image?

Negative PR - the most common causes

Before we deal with how to rebuild a tarnished image of a company or a given brand, let's take a look at what is the most common reason for this. Improper customer service is responsible for tarnishing the image of a given company, up to 60%. However, this concept is very broad and it covers literally everything - from the lack of proper contact with the customer at the sales stage, through the delivery of a product that does not meet the customer's expectations, to improper after-sales service. Very often, the cause of a tarnished image of the company are unsuccessful advertising campaigns, which cause a significant drop in trust in a given brand. We are able to eliminate all these problems if we follow certain rules.

There are really many examples of negative PR on the web. It is worth mentioning here, for example, the recent campaign of the Medicine brand, which was designed to promote a new collection of clothes. The idea for the advertising spot was not bad in its assumption: We had a clinic, doctors who were necessarily associated with the word "medicine". We also had well-known names, because Dorota Masłowska played the role of a "doctor". The problem is that the brand has used one of the most popular topics recently, namely depression. The message that was formulated in the advertising spot boiled down primarily to the fact that the purchase of clothes from the brand's new collection was to be a cure for "the pain of existence" or depression. It has not been long since the spot was published, and there were criticisms and articles on the Web that clearly condemned the advertisement. Of course, the brand made an appropriate statement, but it was not effective. Dorota Masłowska herself also took the floor in this discussion, but here it also did not bring about the desired result.

How to rebuild the damaged image of the company?

Let's stay with the example of the Medicine brand. How should a brand get out of the crisis caused by the published advertising spot? The first and foremost rule in such cases is to admit guilt, or ideally, take all the blame on yourself. Medicine did not do this, on the grounds that the spot should not be taken seriously. Such a message very clearly suggested that the brand's recipients were stupid and did not understand what she wanted to say. This only exacerbated the advertising crisis. Once Medicine admitted that the wording that the brand included in its ad, it would probably have been possible to avert the crisis right away.

3 rules for rebuilding the company's image after the crisis

Rebuilding a tarnished image is neither easy nor pleasant. However, it is important to adhere very clearly to the rules that will allow it to be effectively warmed.

The first and foremost thing to do when committing a faux pas is the ability to plead guilty. The company must be able to say the proverbial: yes, we know, we did it wrong, it's our fault, sorry.

The next step is to organize something that the clients may perceive as a kind of compensation. These can be attractive discounts, reductions, or - which would be perfect in the case of the Medicine advertisement discussed - donating a specific amount to a charity, eg Fighting depression, support for people struggling with this problem.

The last issue that needs to be taken is taking actions that are expected to bring a positive response to current and future potential customers.

Do you need help with your business development? 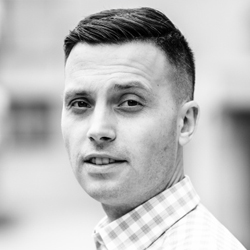 Do you need more information?

Leave your e-mail address or telephone number. We will contact you and provide you with details.

It's free and we can change your business.